it broke more mods than usually after an update

The Iberian hype train is reaching its maximum speed and we are not sure if its engine can continue building pressure. Yet, we still are going to work it a little bit harder with today's blog post. 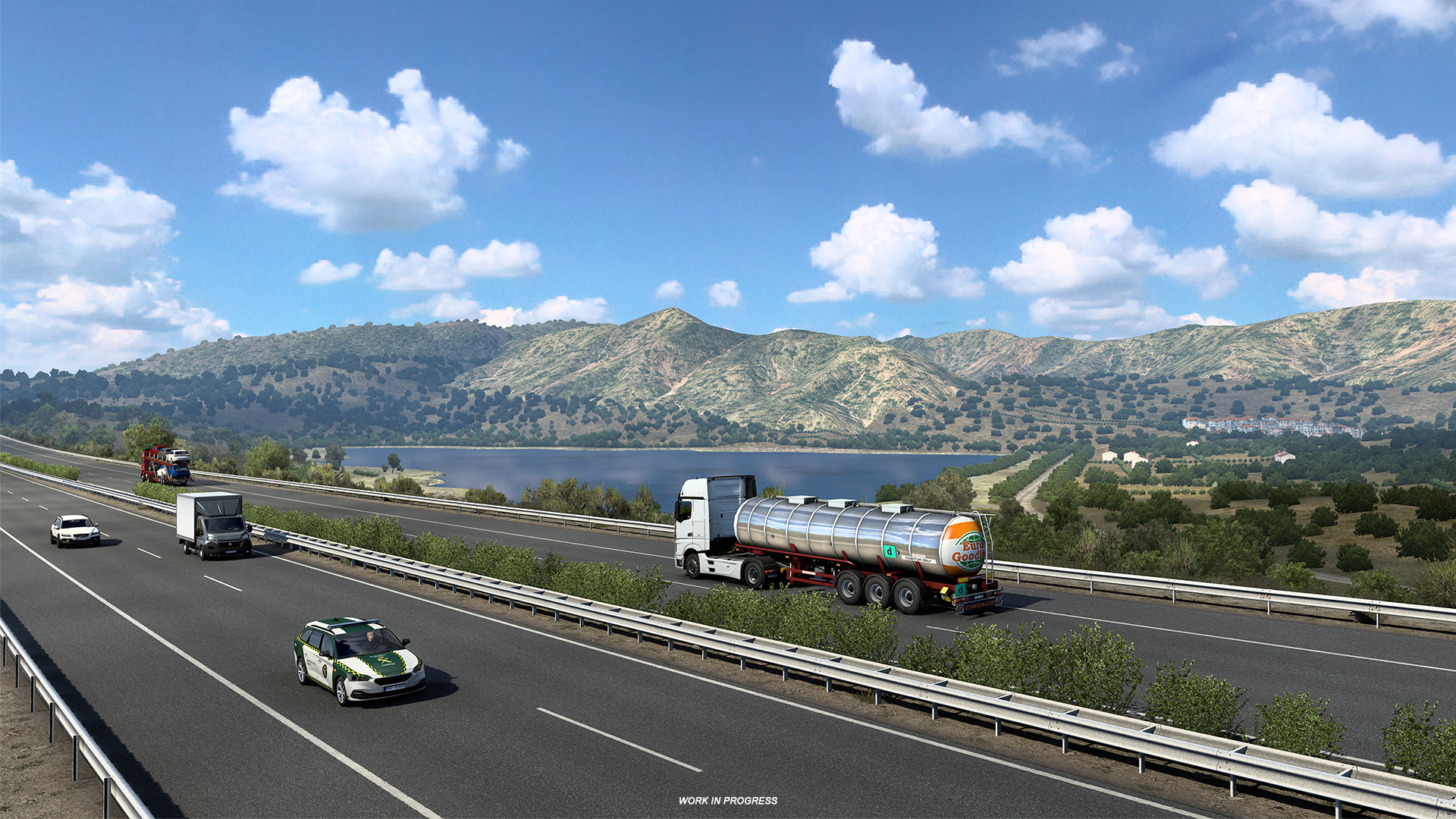 We are in very close touch these days with the teams working on the final tasks for Iberia DLC, and with each passing day, we are getting increasingly confident statements from their side. Some time back, we dared to announce that this upcoming, and by far the biggest map expansion to-date for Euro Truck Simulator 2, will be released in April 2021. 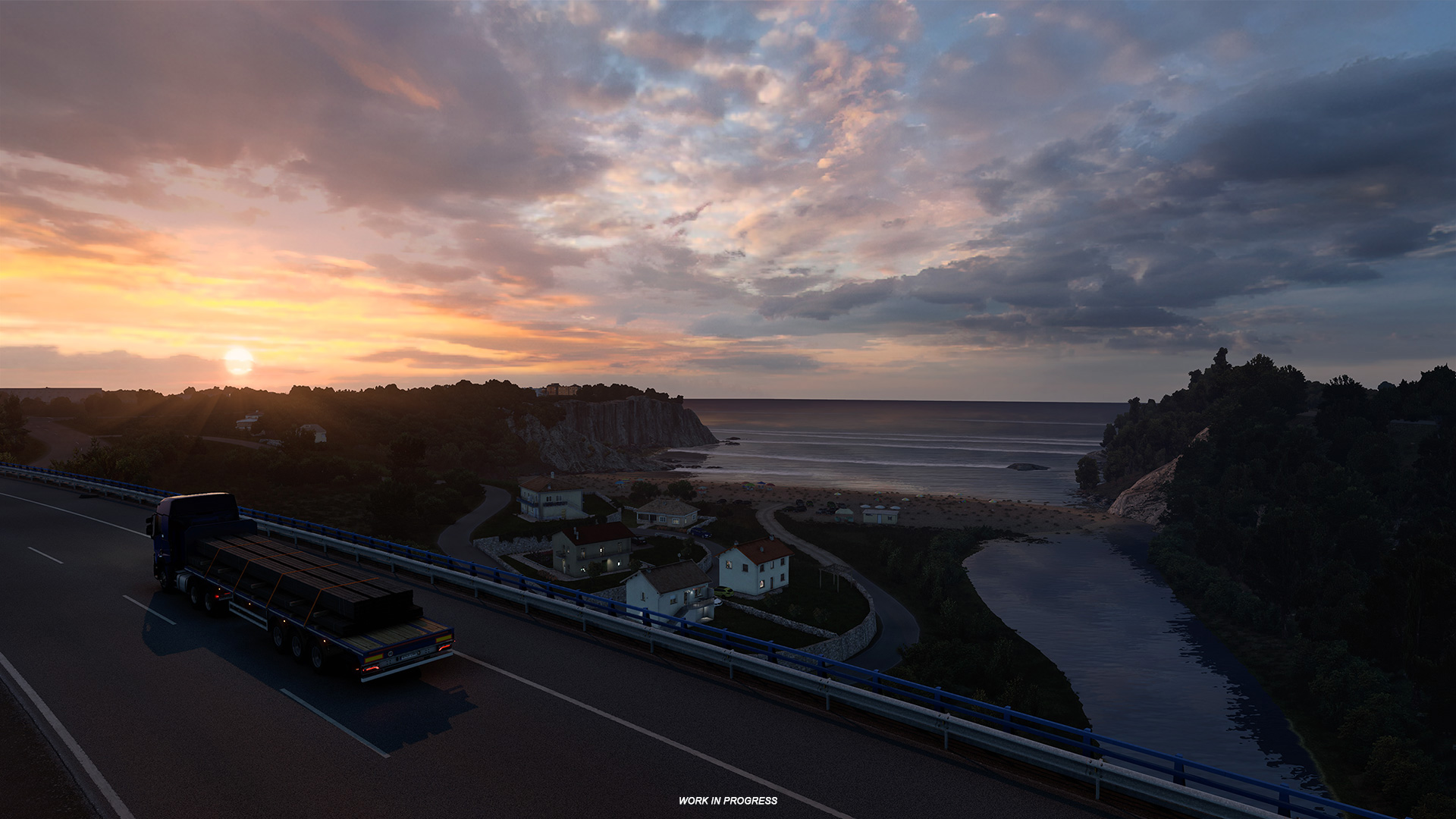 If everything goes at the same pace and in the same positive direction, we think we'll be ready to announce the exact release date next week. And it might even be sooner than you think. Plus we also think that the first waves of early-access Iberia keys for our most loyal and trusted influencers may depart our mailboxes next week as well! Be sure to keep an eye on your inbox, if you're a creator or gaming media representative, as you might receive an invitation soon. 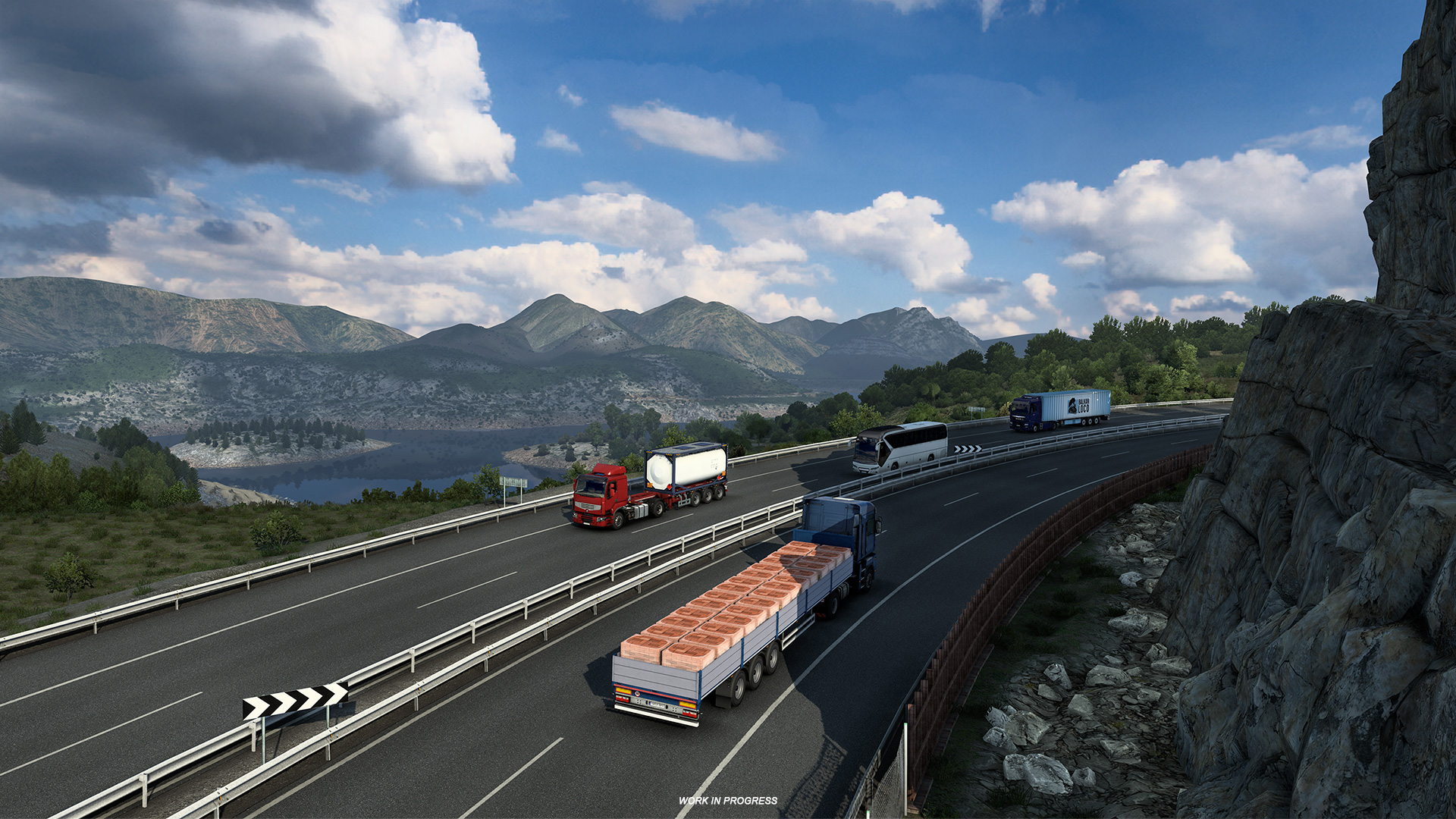 With the actual release of the Iberia DLC, we are also preparing a few special things for you. First, you can look forward to (and we hope that you'll accompany us for) the special Iberia release live stream full of developer Q&A, some cool behind-the-scenes info of this map expansion, and also featuring Pavel Sebor who will hit the release button at the end of the stream with us!

For those who'll be in the mood to cruise in Iberia, we will have a treat! But no more spoilers on that now! 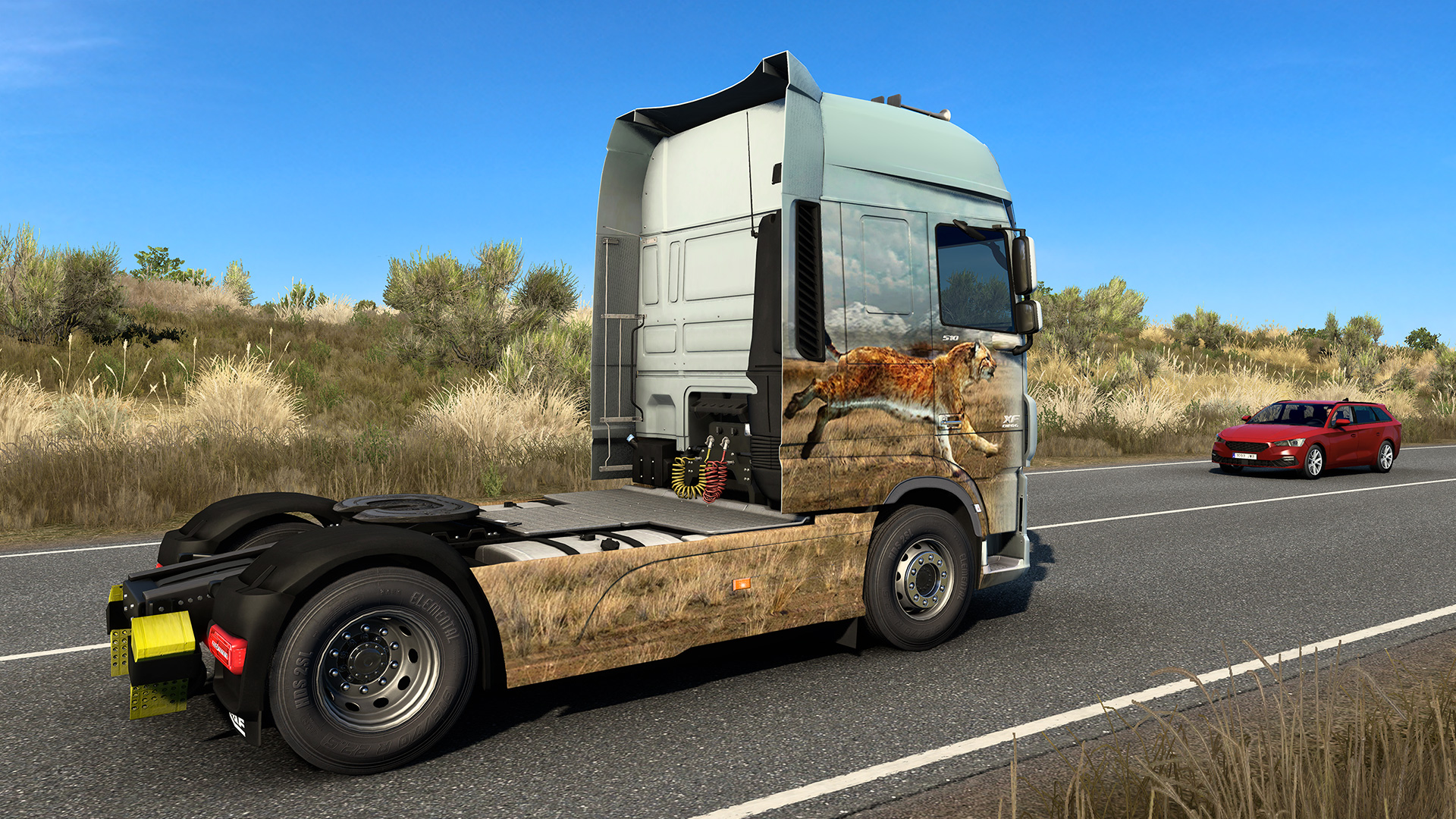 Through the development of Iberia, we asked you many times to add this DLC to your Steam wishlist. You might not see this as an important thing, but it really helps us a lot with the development of any of our bigger projects. So far more than 580 000 Steam users have added Iberia to their wishlist! That's amazing! Thank you for your support! 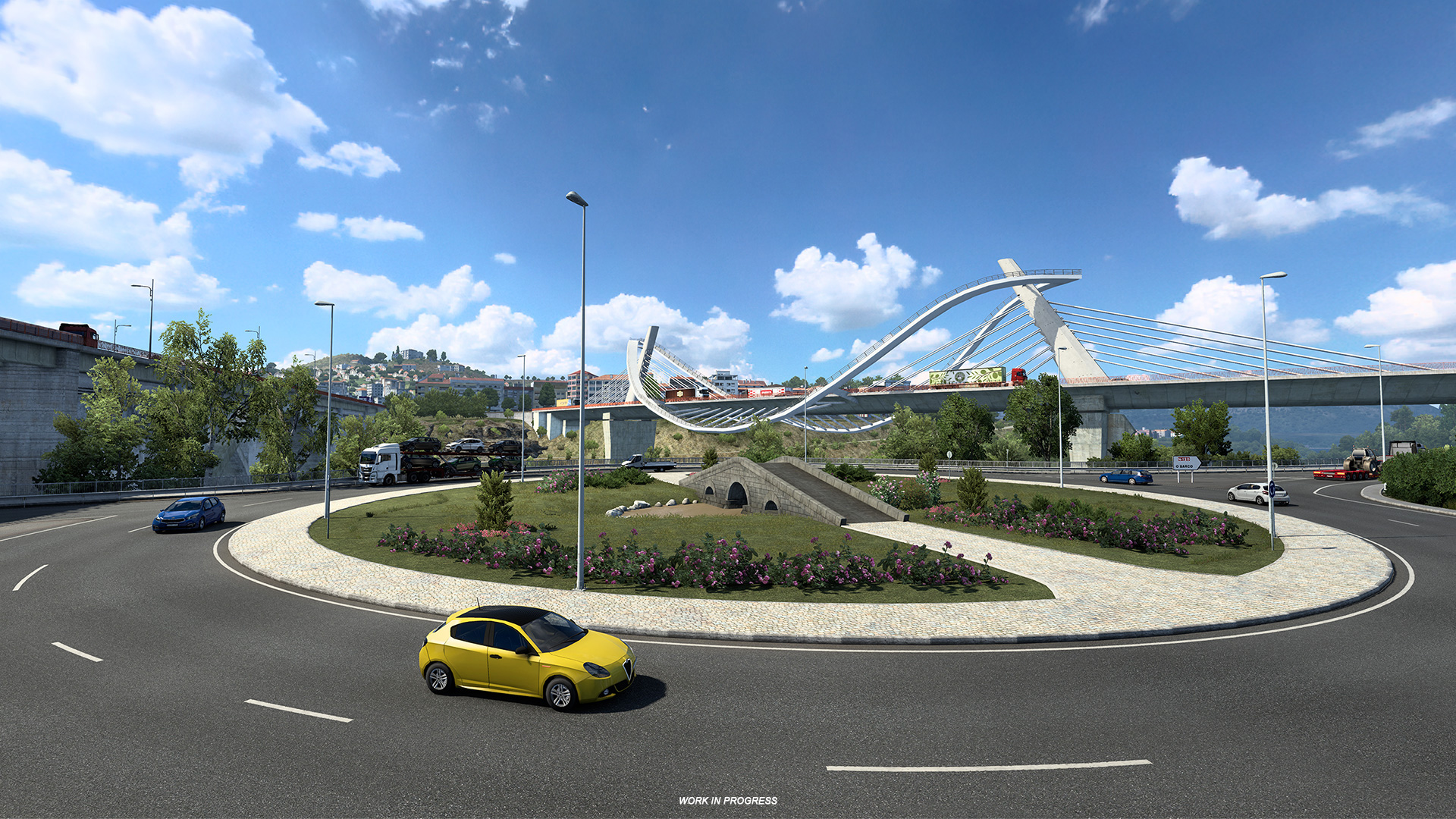 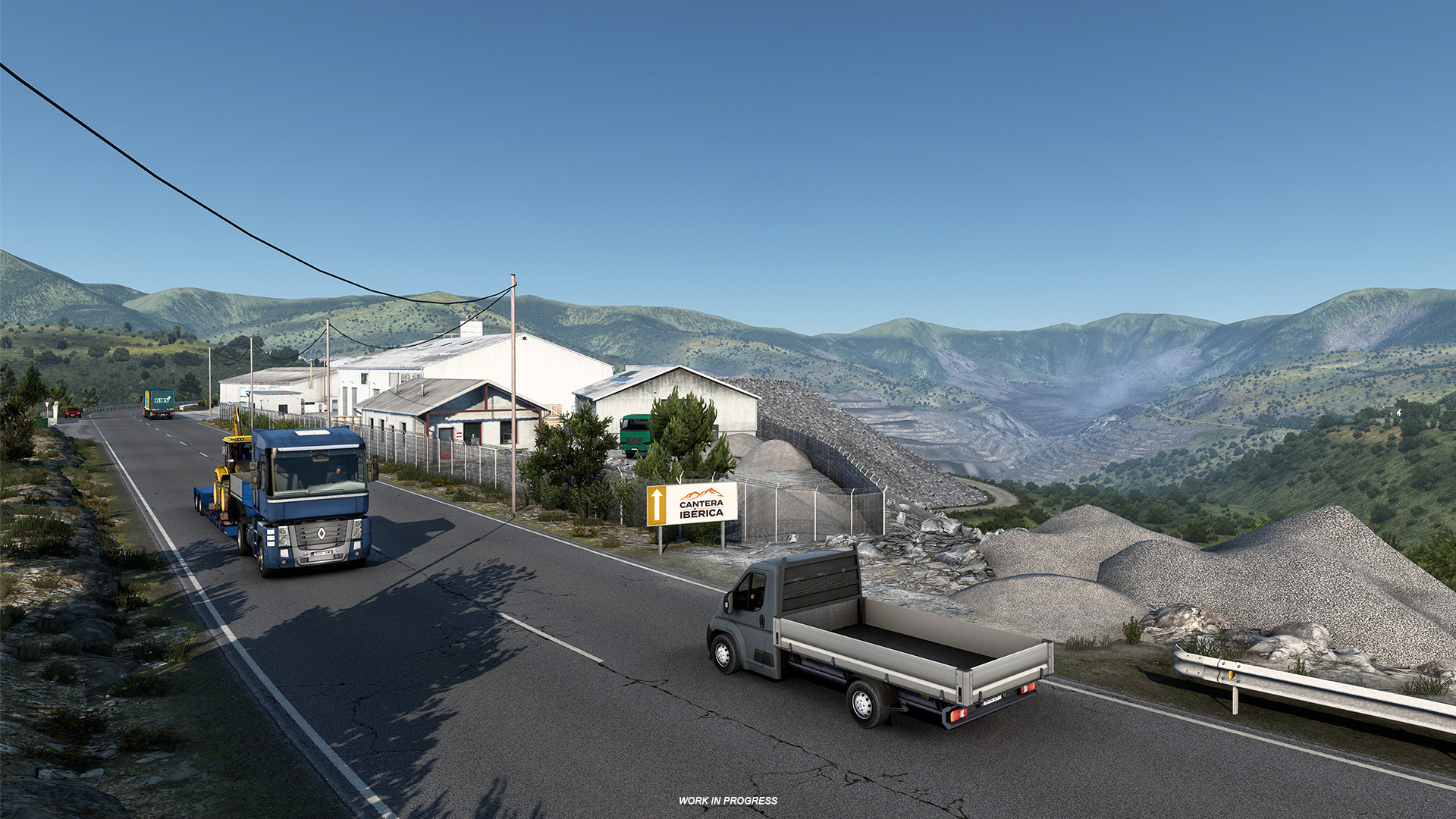 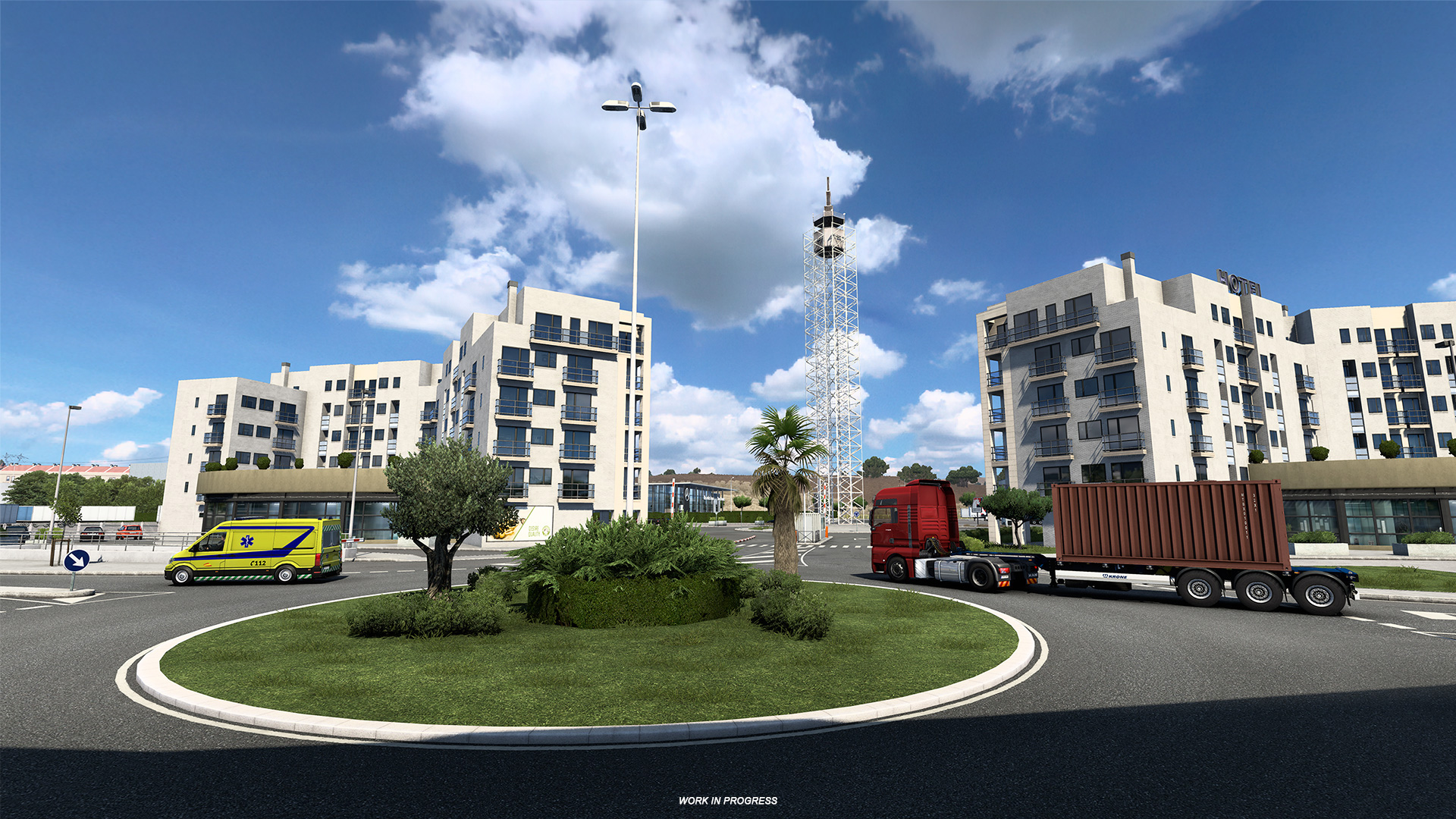 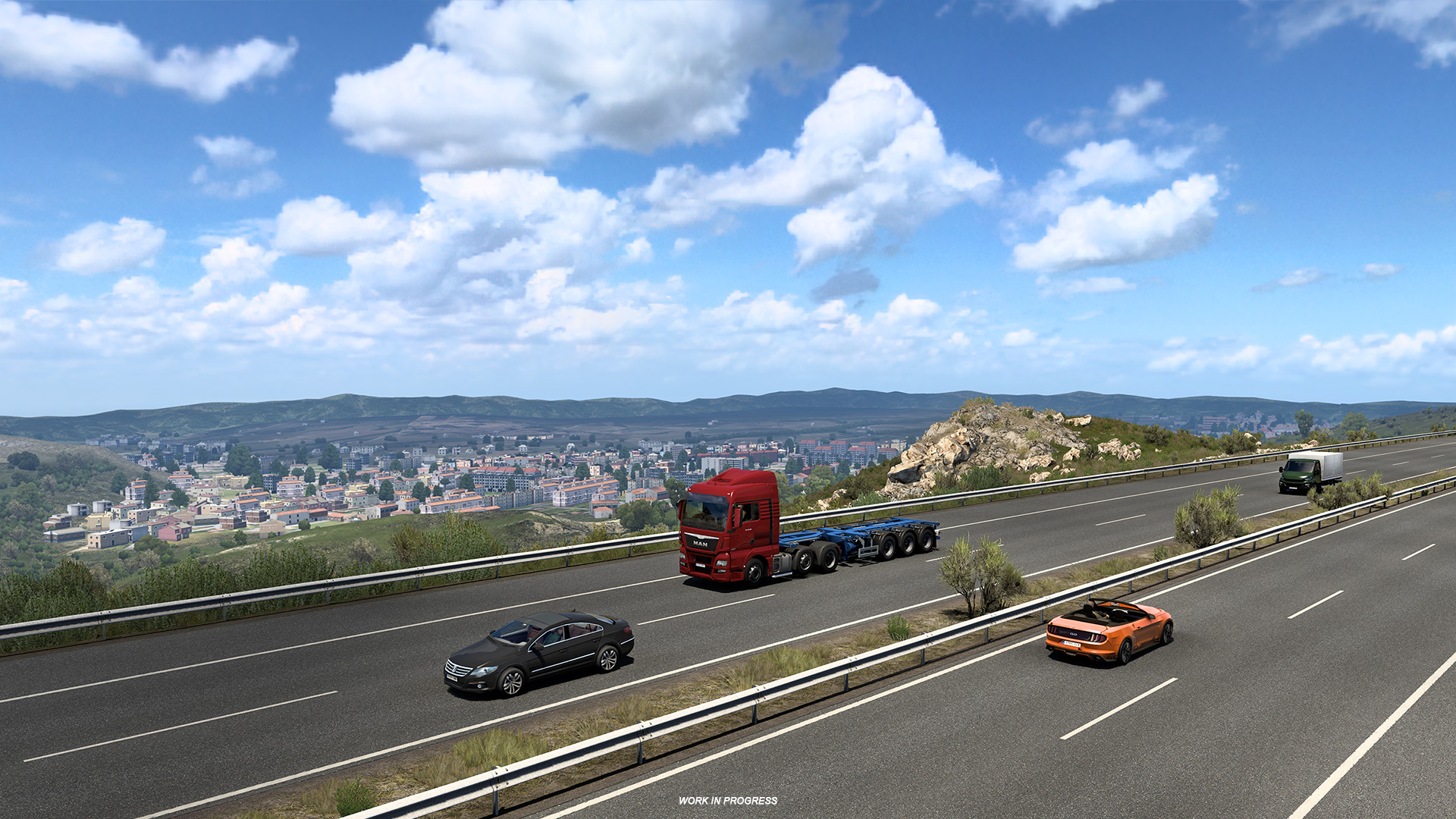 Now we think it's a good time to reward you for that. Post an image of your Steam wishlist with the Iberia expansion in it under the #ReadyForIberia hashtag on Twitter or Instagram, and tag us in. In the following days, we'll randomly pick 5 lucky winners who'll receive a free Iberia Steam key 3 hours before its release!

In the past few days the internet, and especially the automotive side, has received some very interesting and cool news bringing together Euro Truck Simulator 2 and Renault Trucks. Those with sharp eyes and attentive ears probably already heard and read about what the CEO of Renault Trucks, Bruno Blin, has announced at a very special press conference. 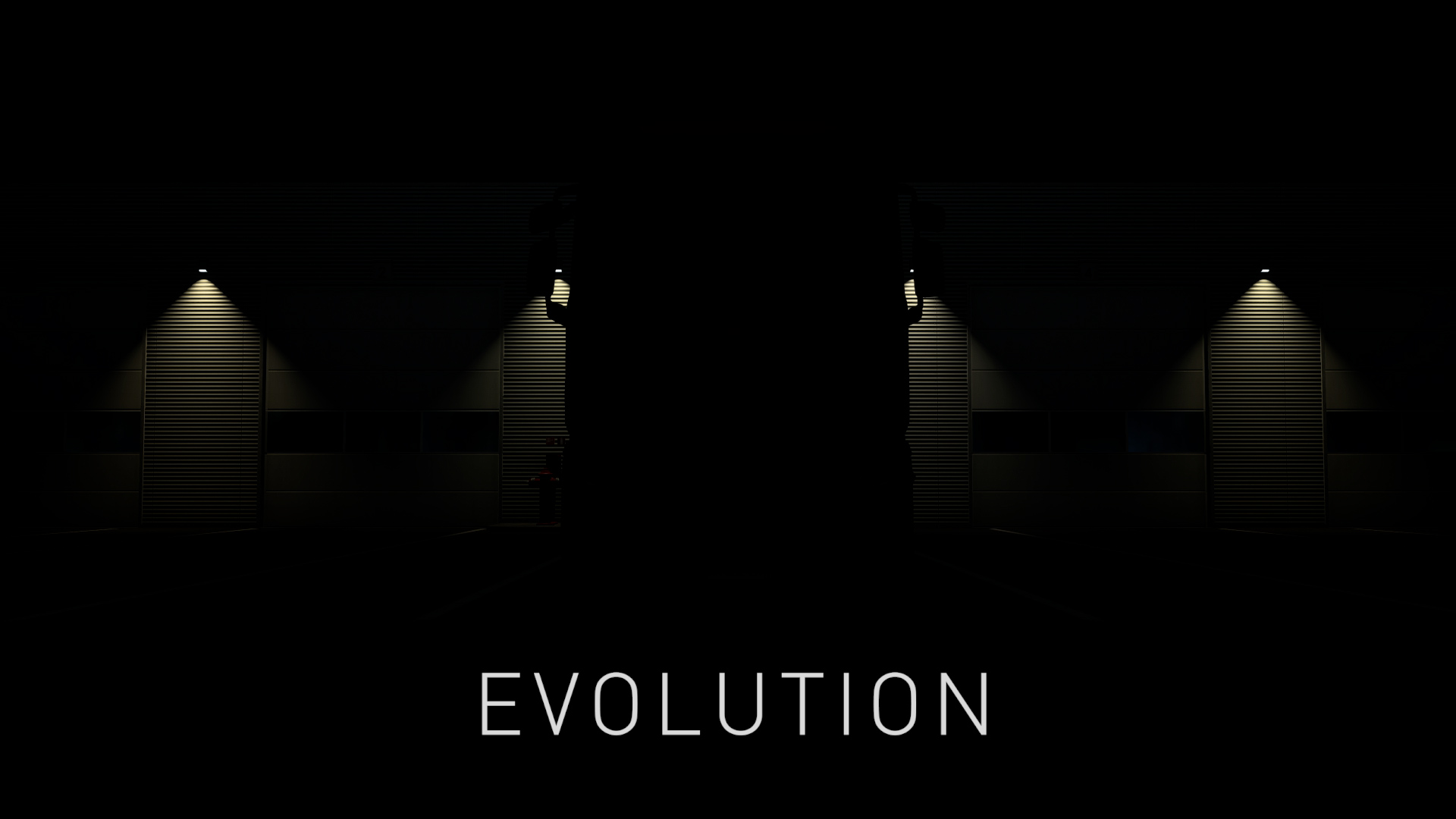 Today we can also confirm that this is not just a dream, but it's really happening. The latest, and as of now still officially unrevealed Renault Trucks T and T-High facelifted models, will arrive in the Euro Truck Simulator 2 universe on the 6th of April, 2021 in a free update. 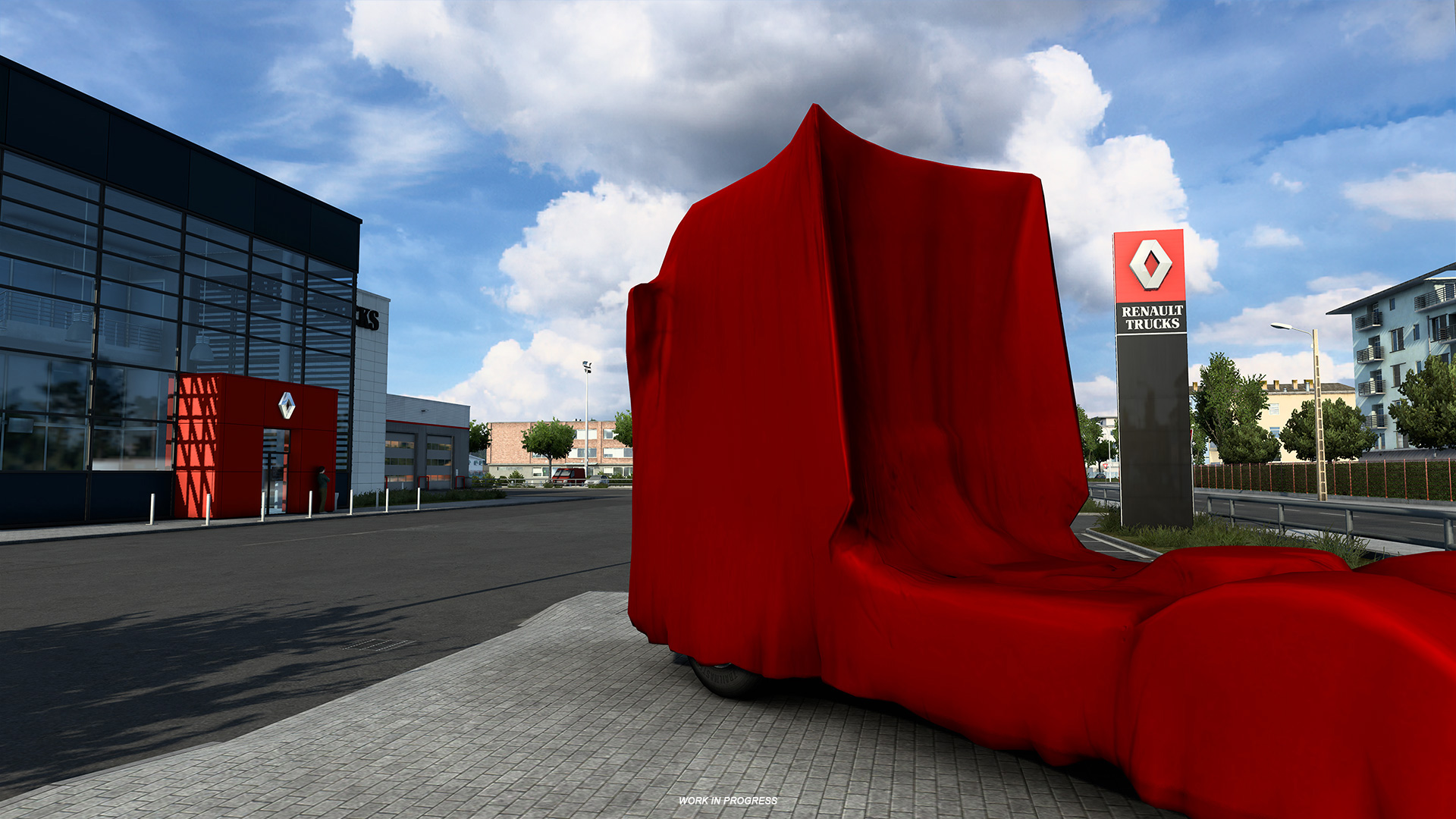 This is going to be the very first time in the automotive industry that a new truck model is revealed exclusively through a videogame before any real-life event. We are honoured and proud that thanks to our excellent relationship with Renault Trucks and their recognition of the importance of our #BestCommunityEver, this amazing milestone will actually be achieved! 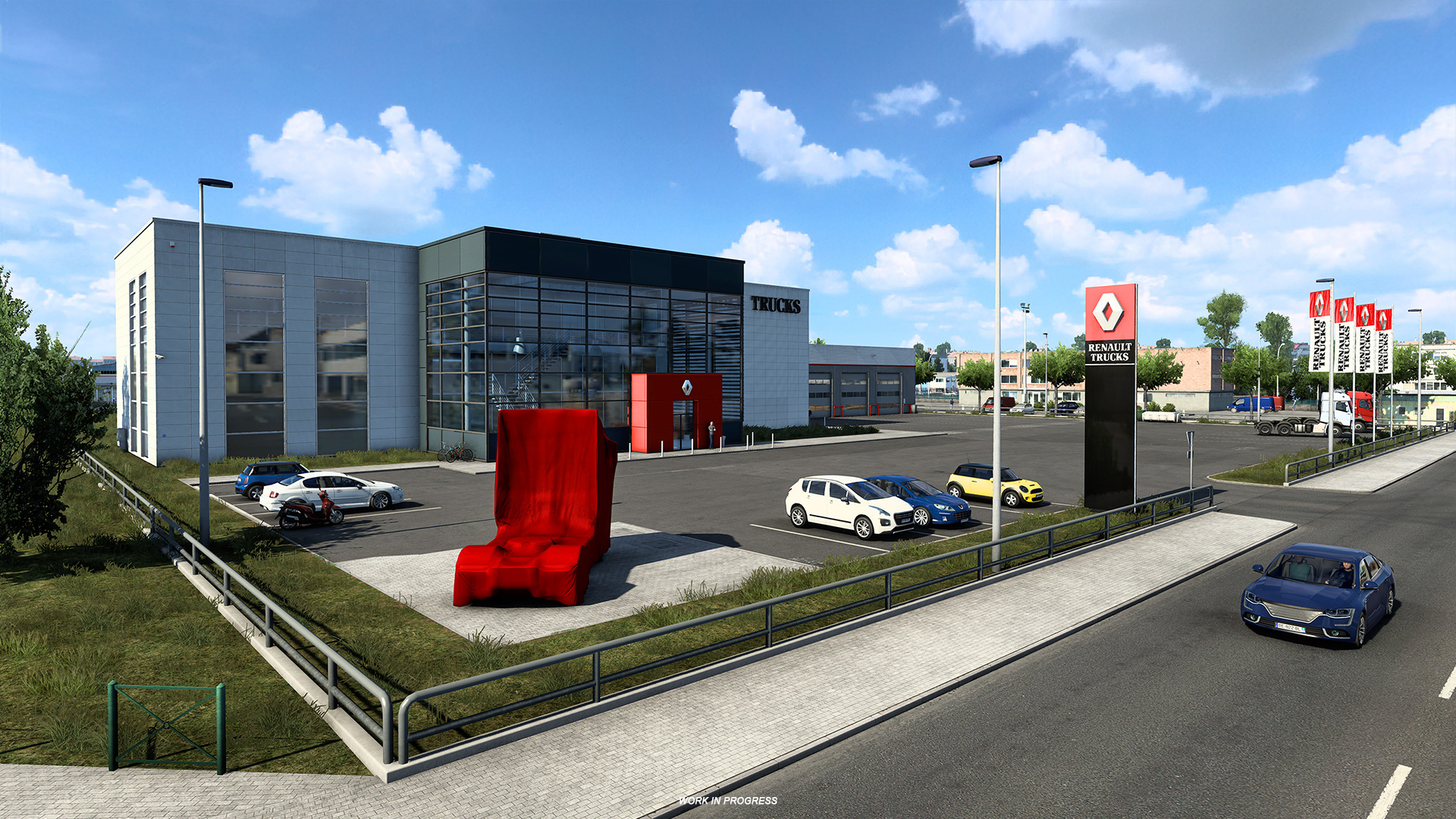 But before we put this evolution into ETS2, let's first play a small game with you, shall we? You may have noticed that ETS2 has just received a very small update on Steam; what was in it? Well, hop into your current Renault Trucks vehicle, drive to the closest major Renault Trucks dealership and find out! The new T-High is parked there! 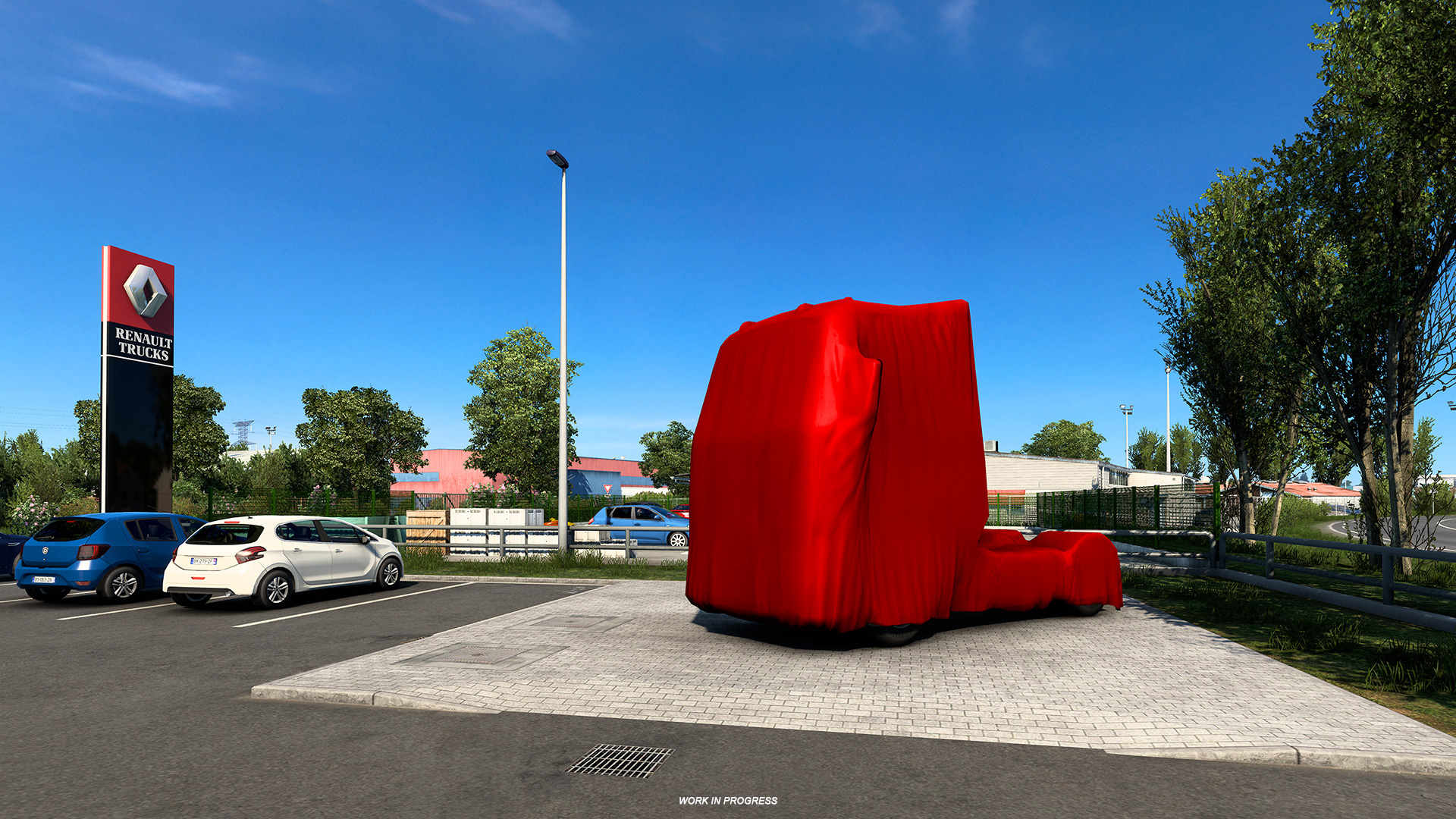 Yes, it's currently hidden under a red cover, but that will change very soon. Let's show our friends over at Renault Trucks how excited we all are. Just take a screenshot of the new vehicle under the red cover and post it on Twitter, Instagram, or Facebook with the hashtag #RenaultTrucksEvolutionIsComing. Plus don't forget to tag both SCS' (Instagram, Twitter, Facebook) and Renault Trucks' (Instagram, Twitter, Facebook) profiles so we won't miss it. Later on, we will randomly pick 5 lucky winners who'll receive a special gift selected from the Renault Trucks merchandise range!

With the final touches being made to the Iberia DLC, we are excited to announce a release date for this highly anticipated addition to Euro Truck Simulator 2.

And if that announcement date hasn't got you excited enough, then we are sure that this video trailer showcasing the Iberian Peninsula will!

That is not all however, prior to Iberia's release, we will be hosting a very special release live stream on April 8th, starting at around 16:50 CEST. This stream will feature a variety of special guests involved in the creation of this DLC along with the possibility of a few extra surprises too. You can watch along live on the day on our official Twitch channel, YouTube channel, or on Steam, so don't miss out! 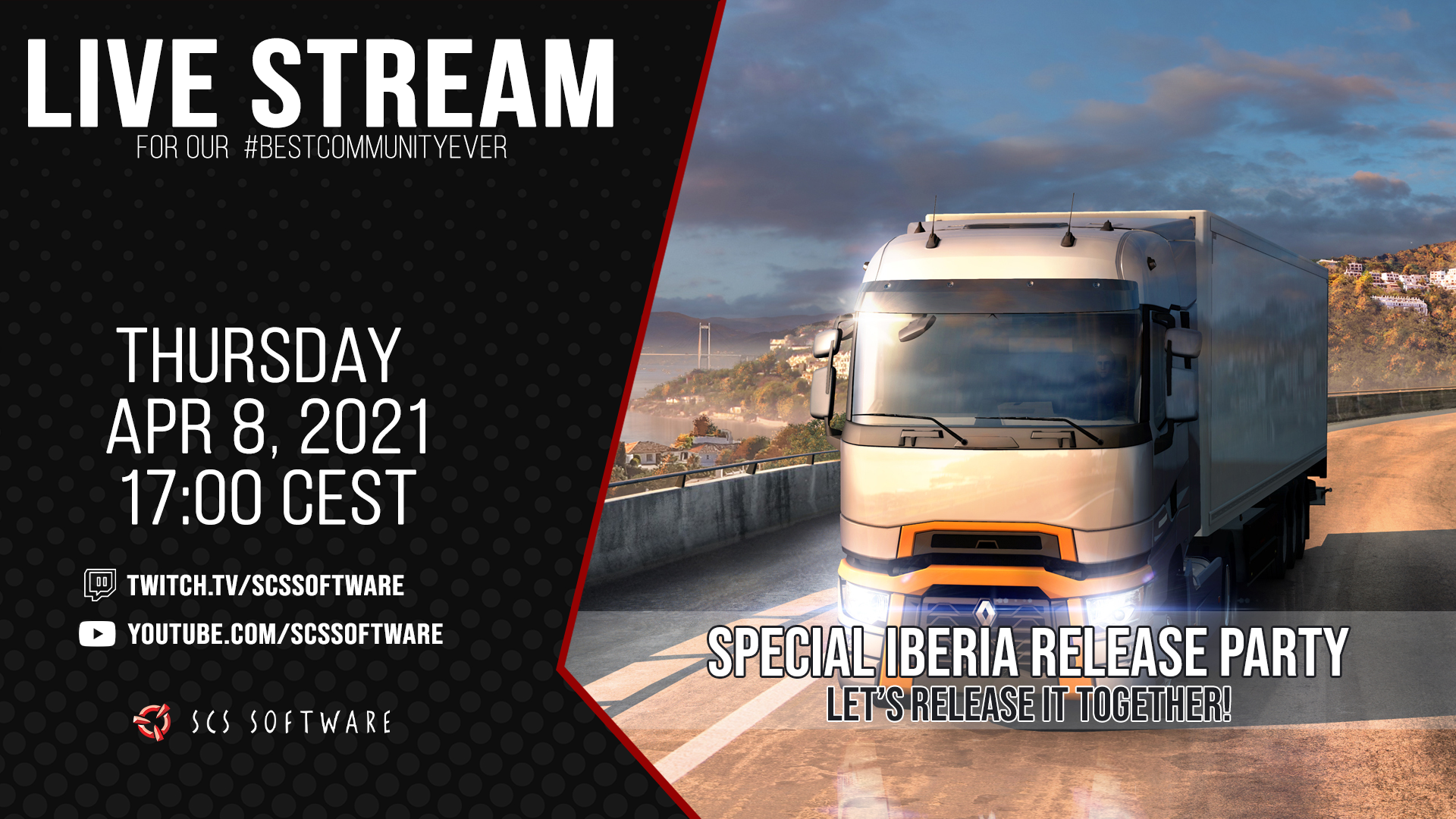 We will also be bringing a special World of Trucks in-game event with the release of Iberia. Be sure to keep an eye out in the near future for more information on how you can take part and how you can earn unique in-game rewards! 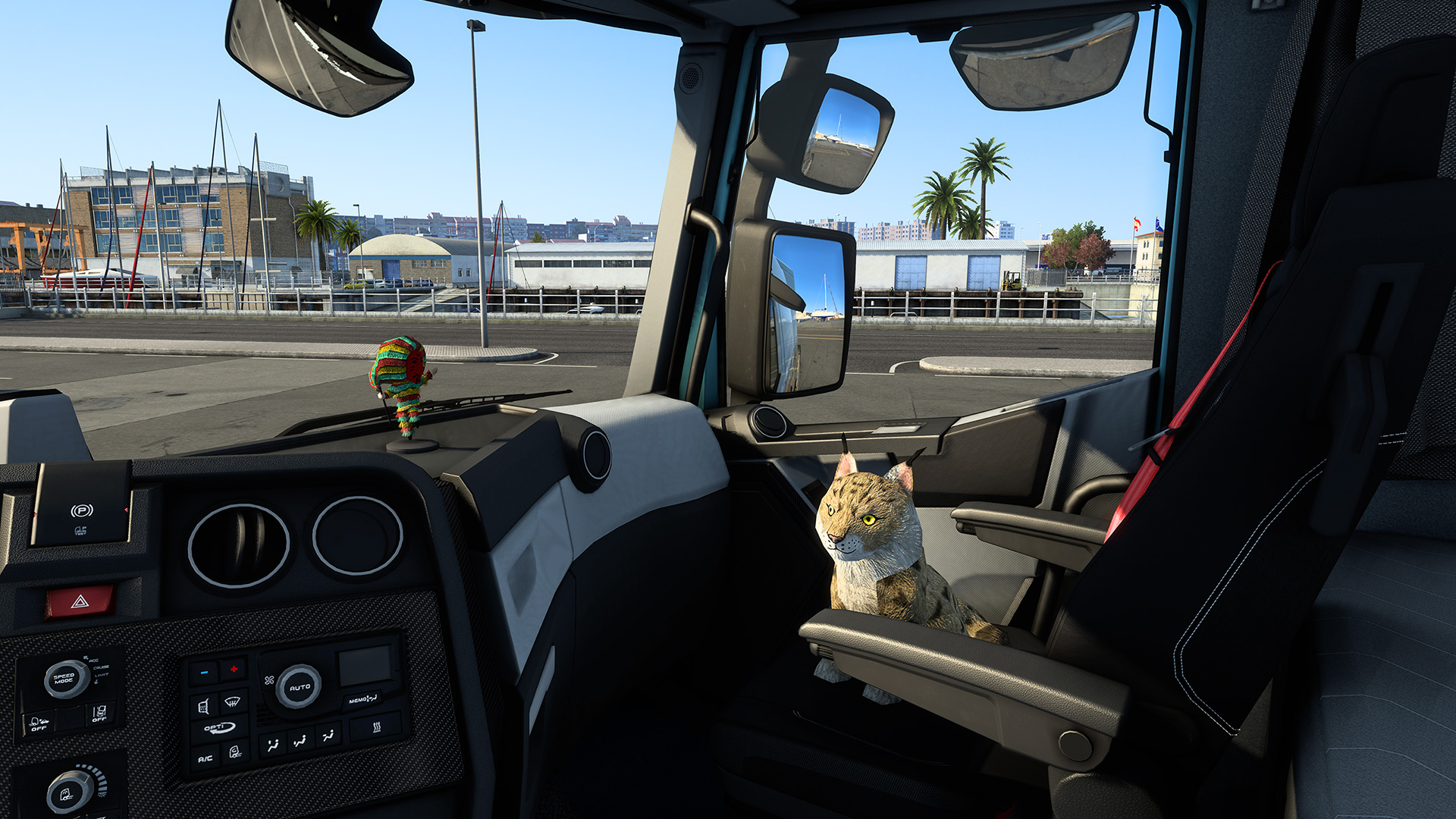 If you are ready to visit Iberia, then make sure to add it to your Steam Wishlist! Even this close to its release it still really supports the development and release of our upcoming content. We thank you for your patience and continued support for the release of this highly anticipated addition to Euro Truck Simulator 2!

Getting close! All aboard the hype train!

Yeap, already saved some money to buy this