Everything about nothing and other stuff that don't fit in other categories goes here.
⠀
Forum rules
Post Reply
145 posts

Come over, karting is cheap

We had the next round of the AKEX Championship back in Sevilla. Second time there so I wasn't going in as blind as a bat (not like I can see much more than them anyway).

We started qualifying, which was only two laps, with very cold weather for what we are used to. About 2-4ºC. I used these laps to fine tune the racing line based on what I learned from a class I attended to in Madrid and I didn't post yet (will hopefully do soon if I deem it worthy - no pictures so I don't know) I wasn't expecting much from qualy because there was a lot of work to do still. In the end, P17 of 23 with a consistency of 0.004. Pretty crazy for 2 laps lol.

In race 1 I had the outside lane on start which I quite like. People tend to bunch up on turn one and I get to pass a few on the outside when that happens, and if they don't wreck and come spinning or under/oversteering towards me. This time it didn't quite work out as I had someone else on my inside (right side) steering left and another one on my left steering right. Bit of a shitshow if I may say so but I made it out the best out of the 3 with one spinning out (I did spin him out but my guy, you knew I was there and turned the fuck in anyway so sorry not sorry lol). Kept it going and managed to stay with the pack to finish P13 after some pretty decent rhythm. This position dictated the starting position of the second race, on the reverse layout, much better than standard one for me.

In the 2nd race, I started P13, right in the middle of the pack and on the inside. Start was pretty good and I saw that it was much faster than others in turns but in the straight I lost an insane amount of time due to lack of top speed. They'd pass me like if I was standing still. This meant that I had to change strategy and cover up for myself (I normally do my line on braking and if they pass, I exit better and get them there). After falling to P21 in the first 2 laps I managed to recover a fair bit. In the end, I went back to P18 out of 23. Not happy but not bad at all, great recovery once I realised I was fucked.

The 3rd race was on an inverted grid. On the warmup lap I noticed straight away this kart didn't have any front end grip. Like, nil. Zero. I learnt something in this class the other day so I thought I'd give it a shot. Pedals forward one slot and seat all the way forward as well and voila, pretty good grip was back. I started in fifth place and within 4 corners I took the lead. Told you I really liked the reverse layout lol. We were continuously fighting for the top five, waiting for the fast guys to come speeding past us and take the lead. Laps went by, and only one of them got to us. Managed to hold him for half a lap and he went past. Not worth fighting for and have everybody else catch up. Had my bit of pride scratching and off we went. I continued in the fight with the other guys until the end, alternating between first and fifth position. Finally, another driver overtook me less than 10 meters from the finish line, remaining in 7th place, 0.015 behind 6th. Crazy, crazy race.

It was probably the best racing day of all the ones I've had. Always fighting for position, with most of the overtakes being clean, and with a very good pace in general despite the second kart being a snail pissing loctite.

Next month we continue with wherever we go next, which I don't know where it is yet. 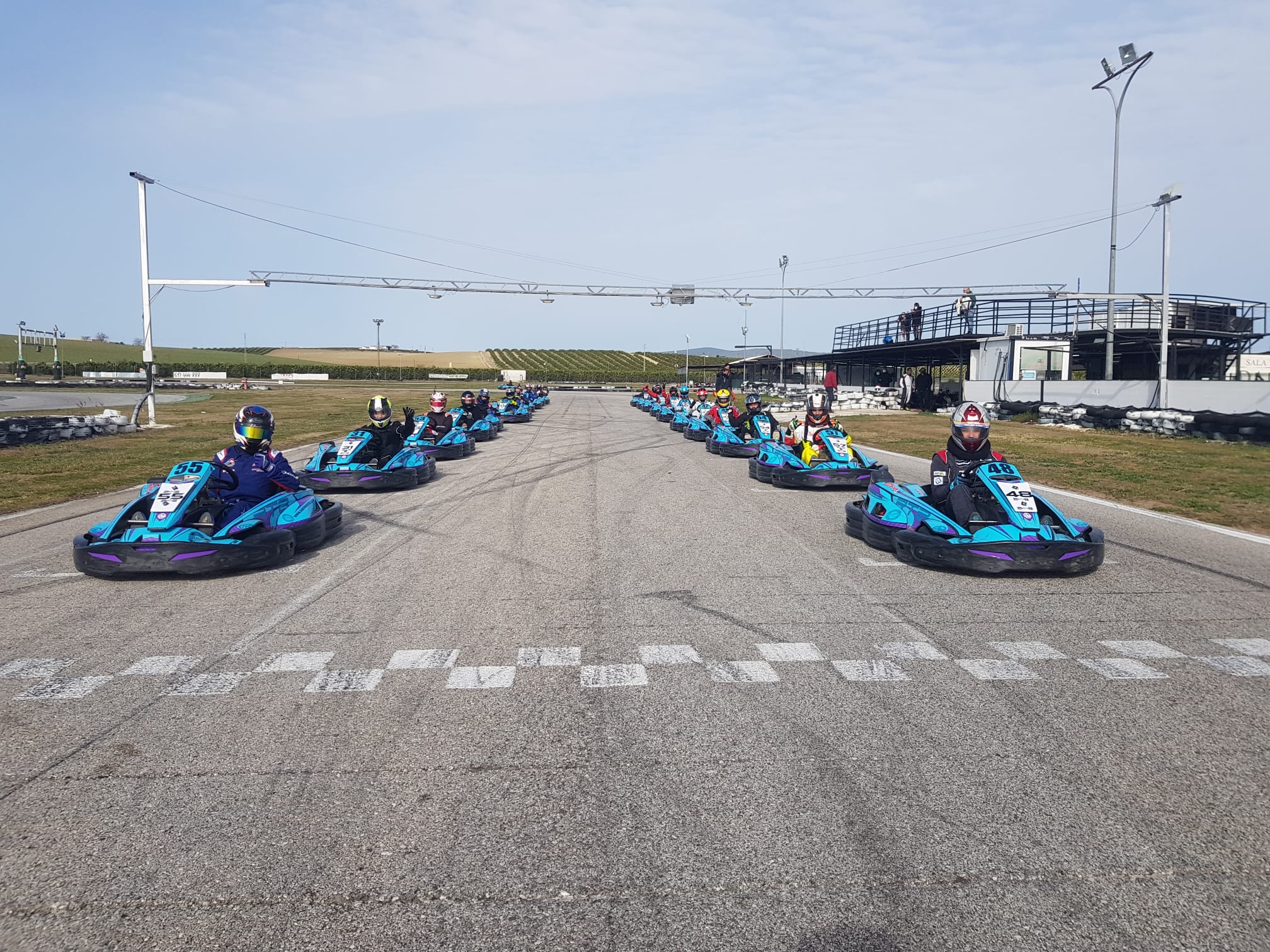 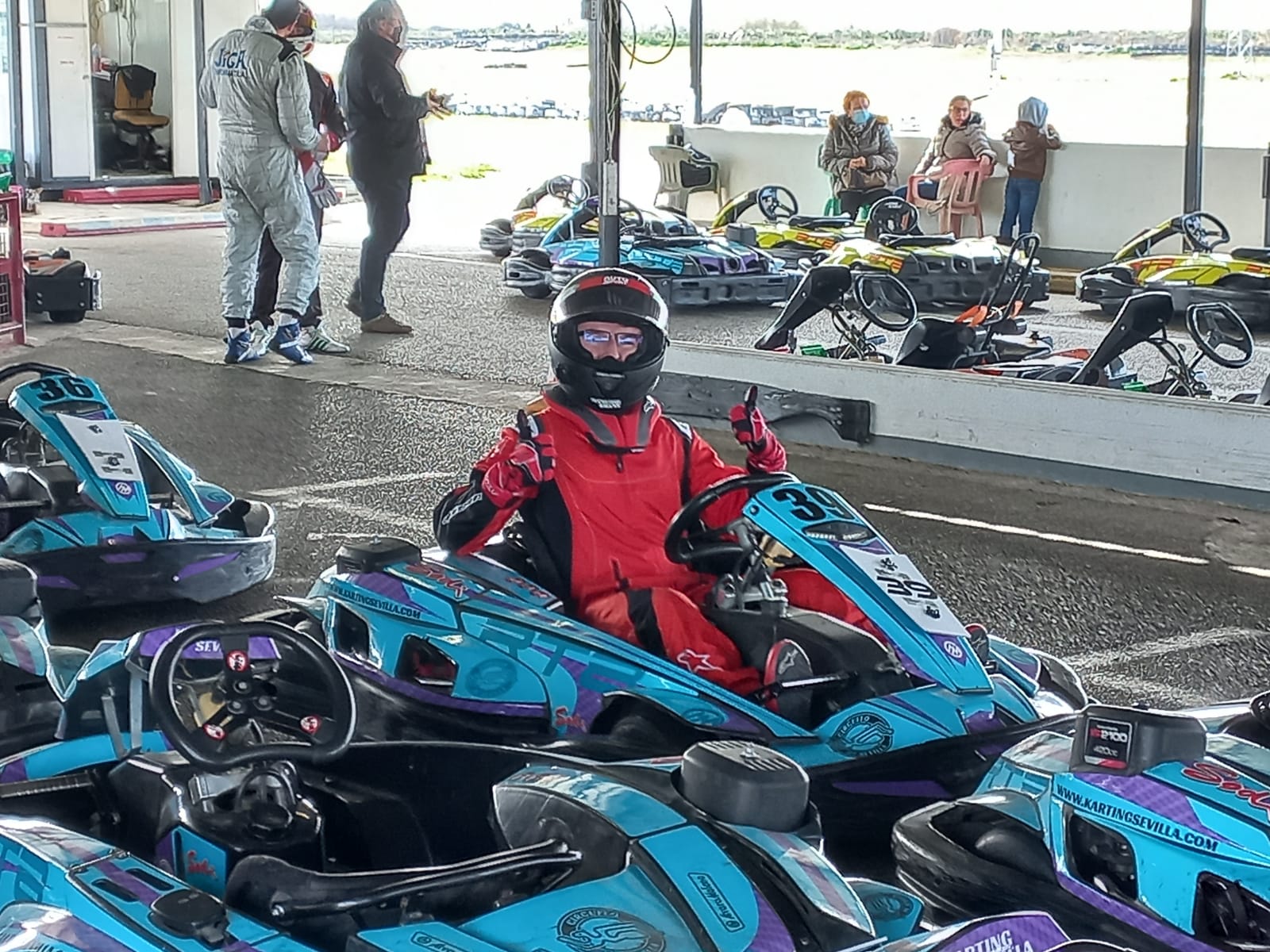 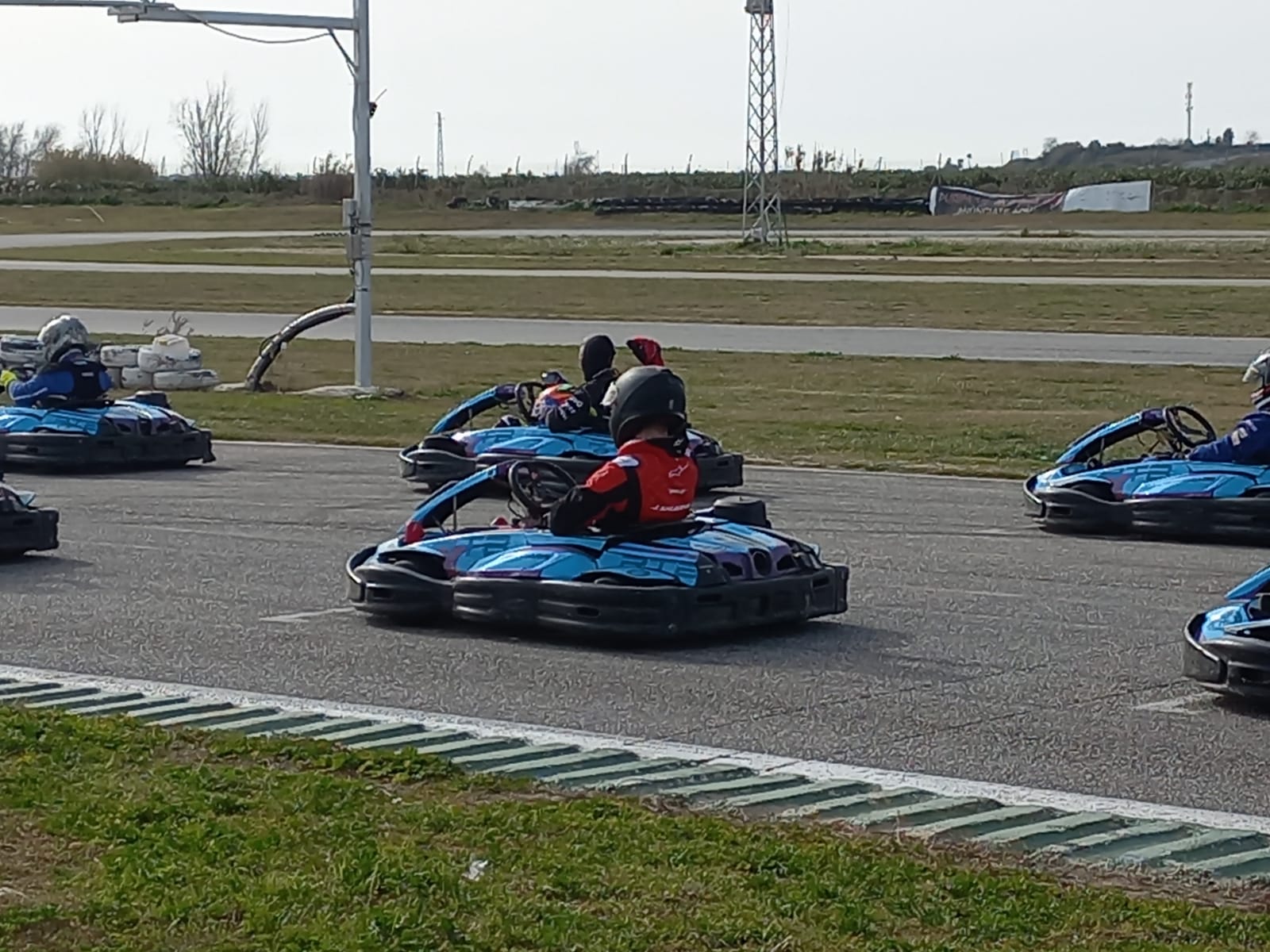 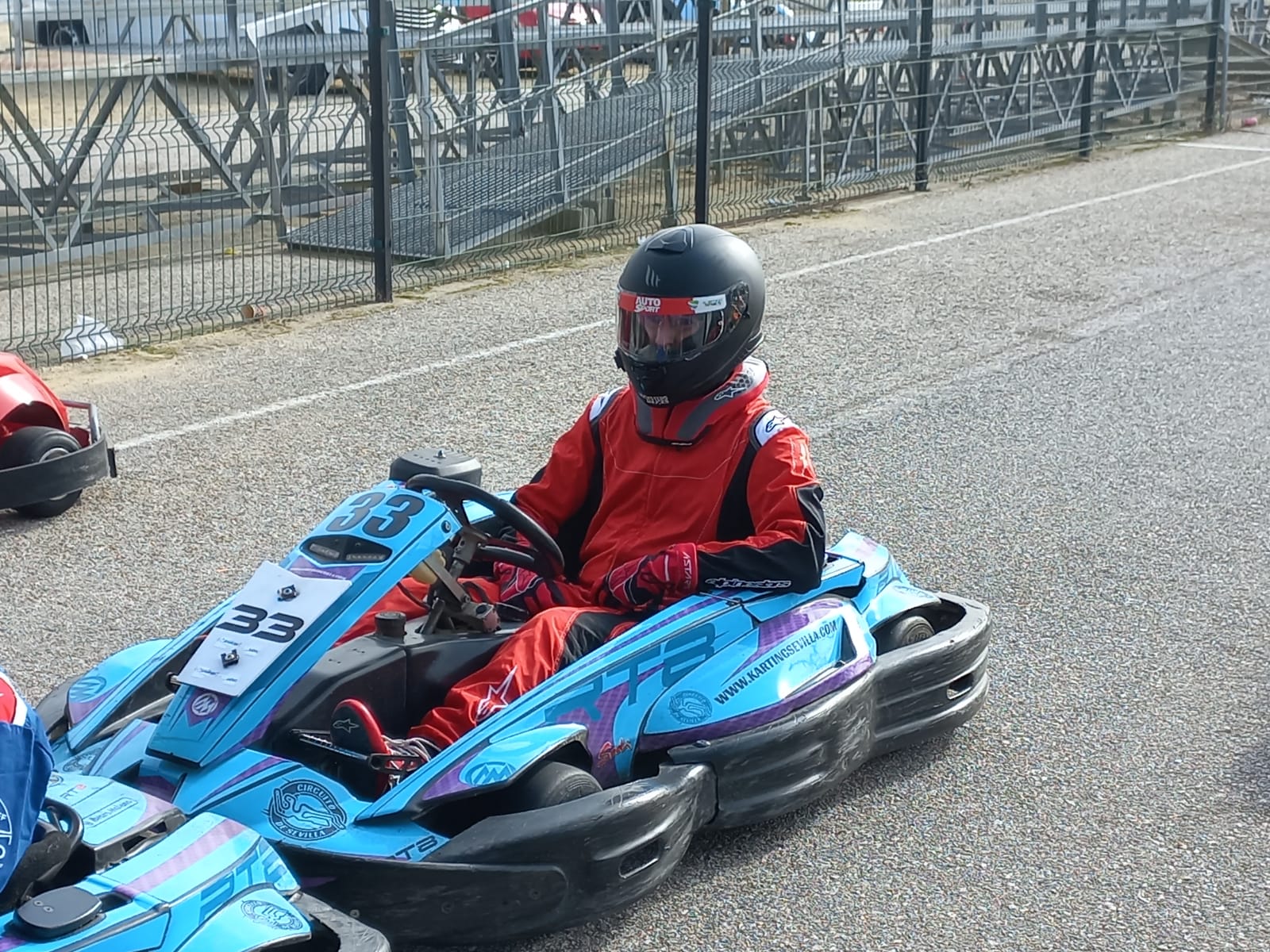 looks like you had a lot of fun. but racing at such temps? isn't it cold? or the suit is that warm?
Top

looks like you had a lot of fun. but racing at such temps? isn't it cold? or the suit is that warm?

Yeah that third race was insane. I thought I was about to crash my sorry ass into places one time. There's a fast chicane and I understeered on the right turn and went on the grass, as I had to keep it floored so as to cover my position. Was interesting lol but fun.

And yes we don't really care about temperatures. I was wearing these thermal clothing T shirt + pants to keep me warm so I didn't really feel it. In the last endurance race last seasion we raced with -2ºC. I survived lol.

Sorry for the late response, totally forgot it! Sorry for that. Another nice write up, and epic racing. Especially the 3rd race was indeed crazy. Another one under your belt, and gained some more experience. Can't wait for the next race report! Keep it up.

Thanks! I need to record some of the races but the other day, as I was changing, the gopro mount shat itself and broke lol so I couldn't. Hopefully next month's one I can do.

Well it's been a while here lol.

We raced back in Evora in February. I can finally say I have something with that track. I can't do well in there and I don't know why. It's not the kart as my first one went on to do somewhat well the second race and I still don't know what it is.

We got there at 1:00PM to race at 1:30PM. Changed, kart draft and news we were racing a slightly shorter layout because we were 16 and not the usual 23. Turn one is a sweeping right 180º and it was now 2 90º rights turning before the older layout. Very dirty at first because we don't use that a lot. Averaged a 52.4 over 6 qualy laps to qualify P14 with a 50.8. As you can see, bad consistency as I was trying to refine the racing line a bit. There's long turns you need to open up a lot in to avoid the kart bogging down.

Race 1 I finished last. Ran 51's all the way through, pretty consistently and within the second always, while the leaders ran very low 50s or high 49s. There's a couple turns I don't get in this layout and that kills my times.

Qualy 2 was reverse layout which I hate. There's a hairpin leading to an uphill straight which if you don't take properly you kill your lap with. Still need to work on that one. Qualified last 2 seconds off the pace.

Race 2 was painful. I was coming from 5 days of skiing in the Pyrenees and I was feeling it in both hands and torso through here. 51.3 fastest lap was just 1.2 seconds off the leader and around 0.5 from the guys in front of me but no chance. P15 as one retired.

Not all goes to plan all the time. Sucks but live and learn. Will see what coach has to say about the onboard, which I need to pull out of the SD card still.

So today we were lucky enough to attend the Champion's Ceremony for last year's season in my region. This comprises all the competitions organised by our regional automotive federation. We were called in as Endurance Karting Series 2nd place for 2021. It was good to see some friends again and catch up with the authorities that run all this. Sat through a couple speeches and 90 something awards given away for rally, slalom, karting and dirt racing, among others.

Here are a few pictures from the day: 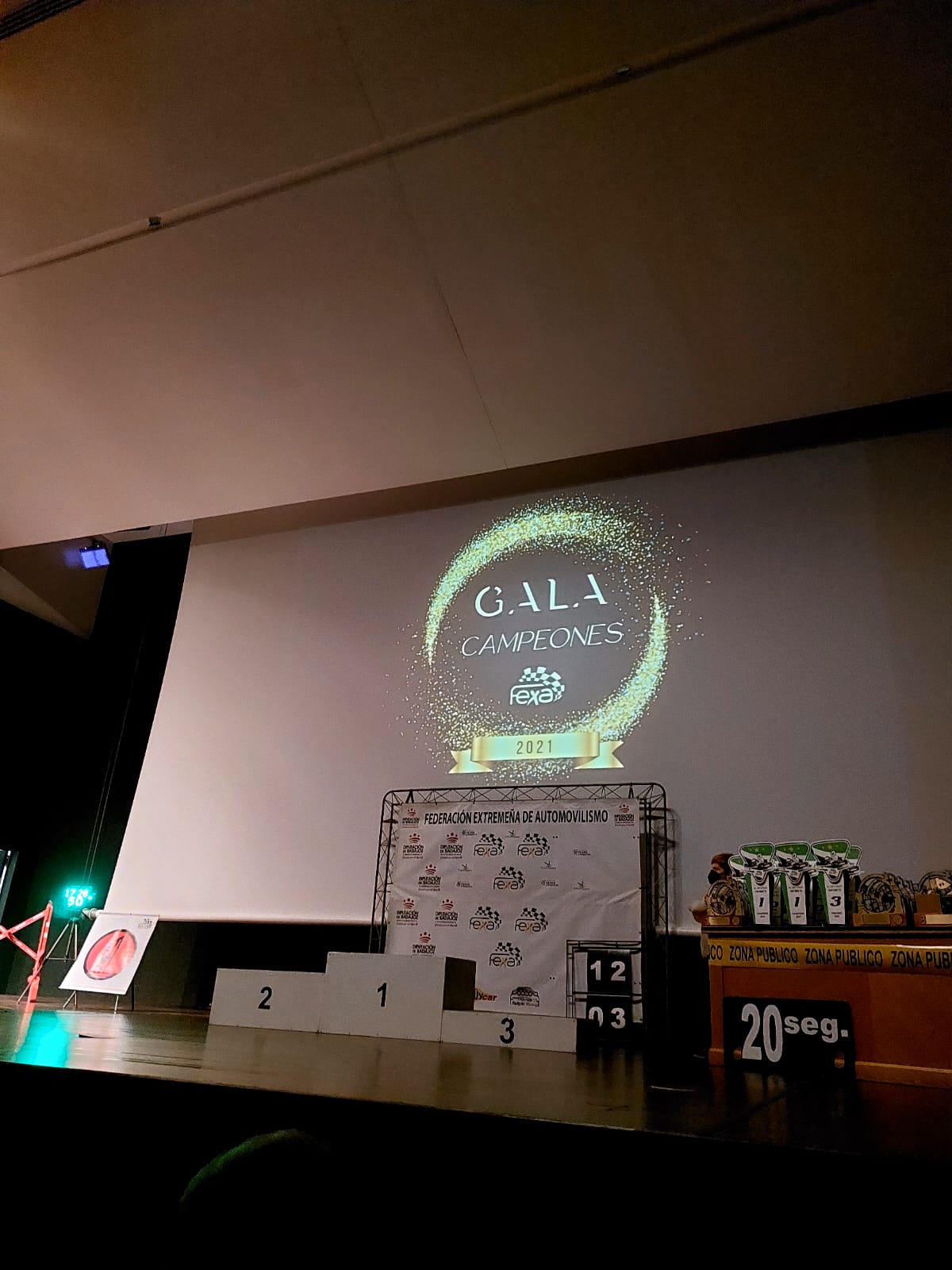 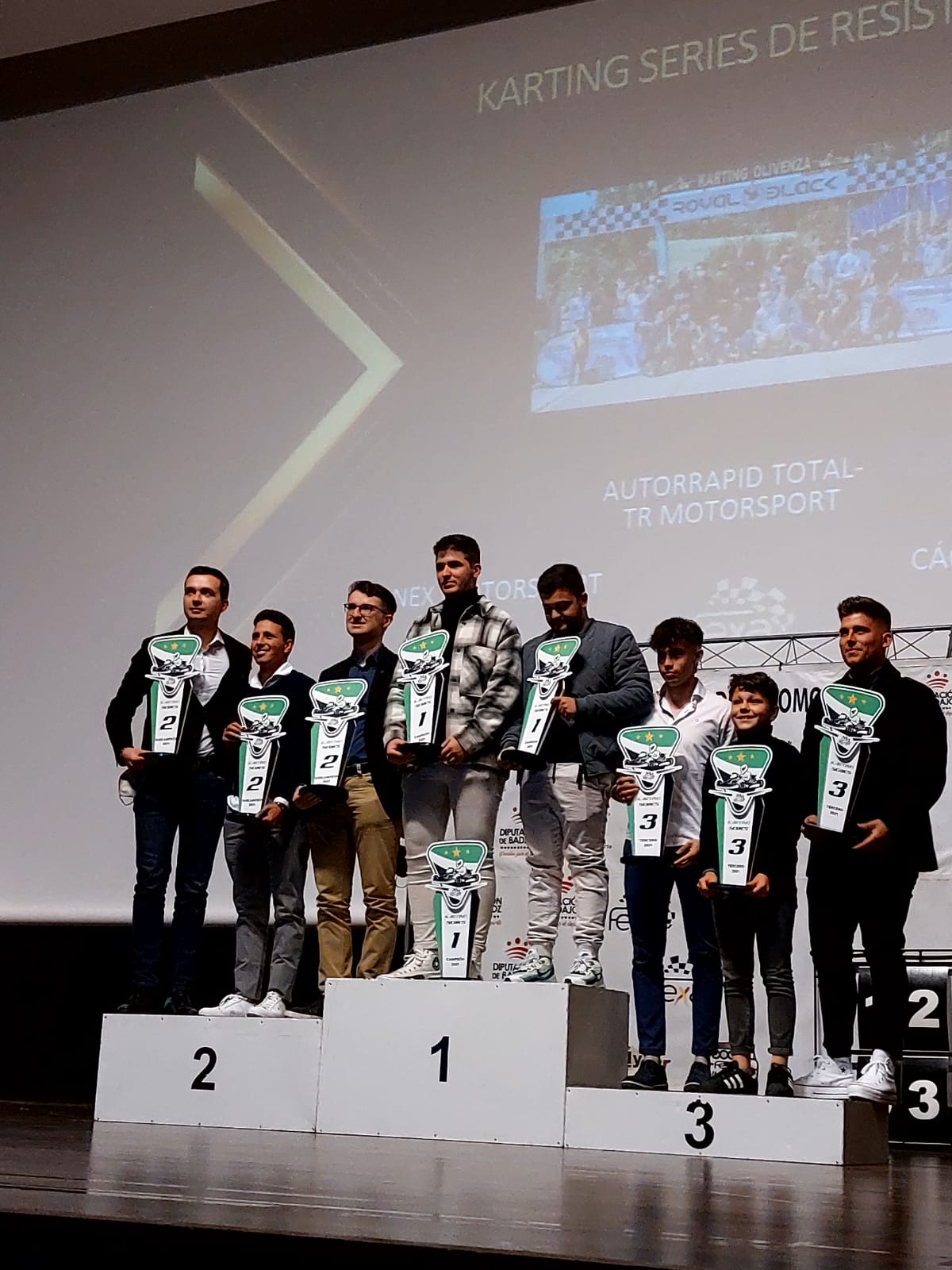 All the awarded people from the region: 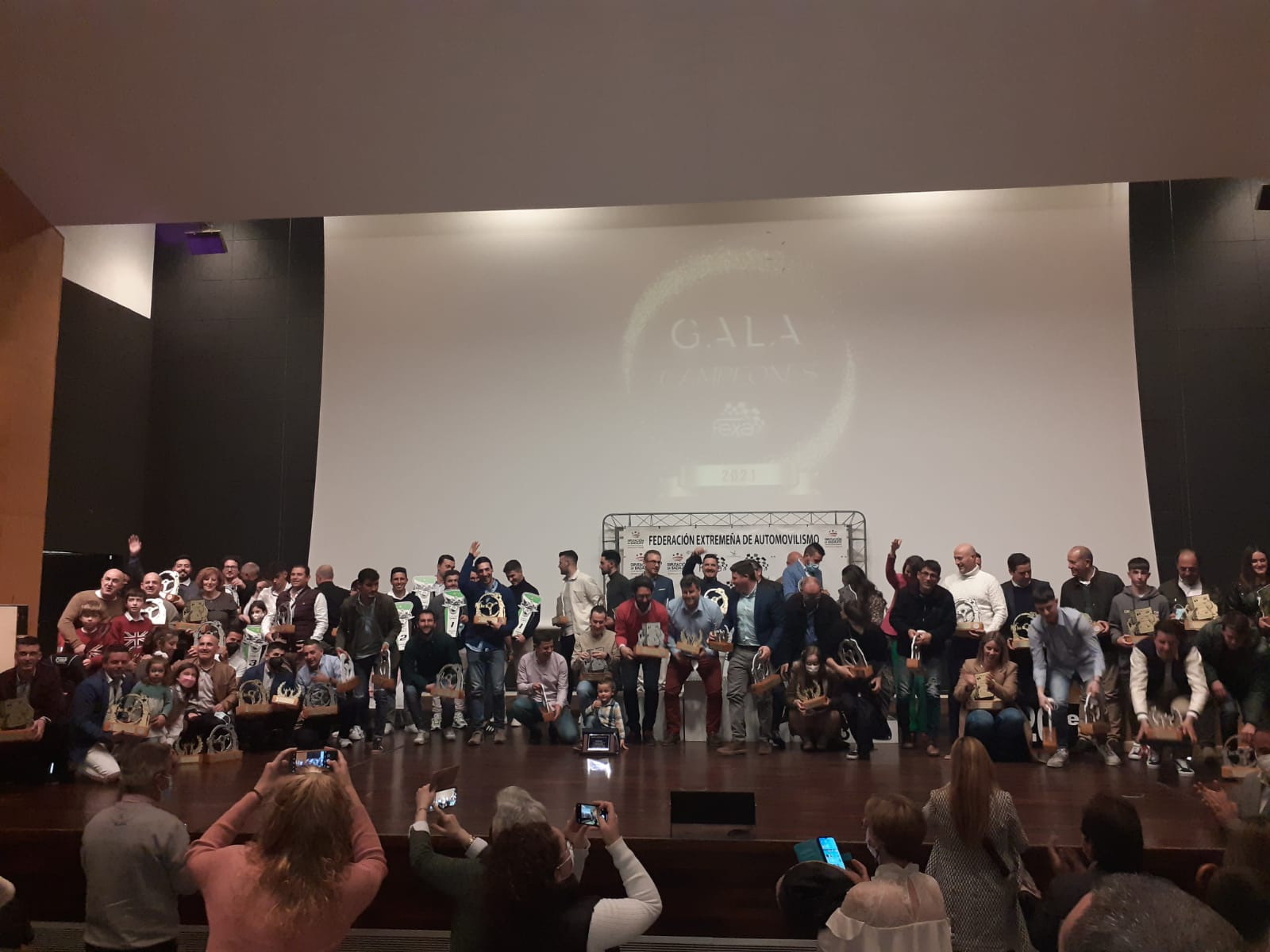 All karting champions present and awards: 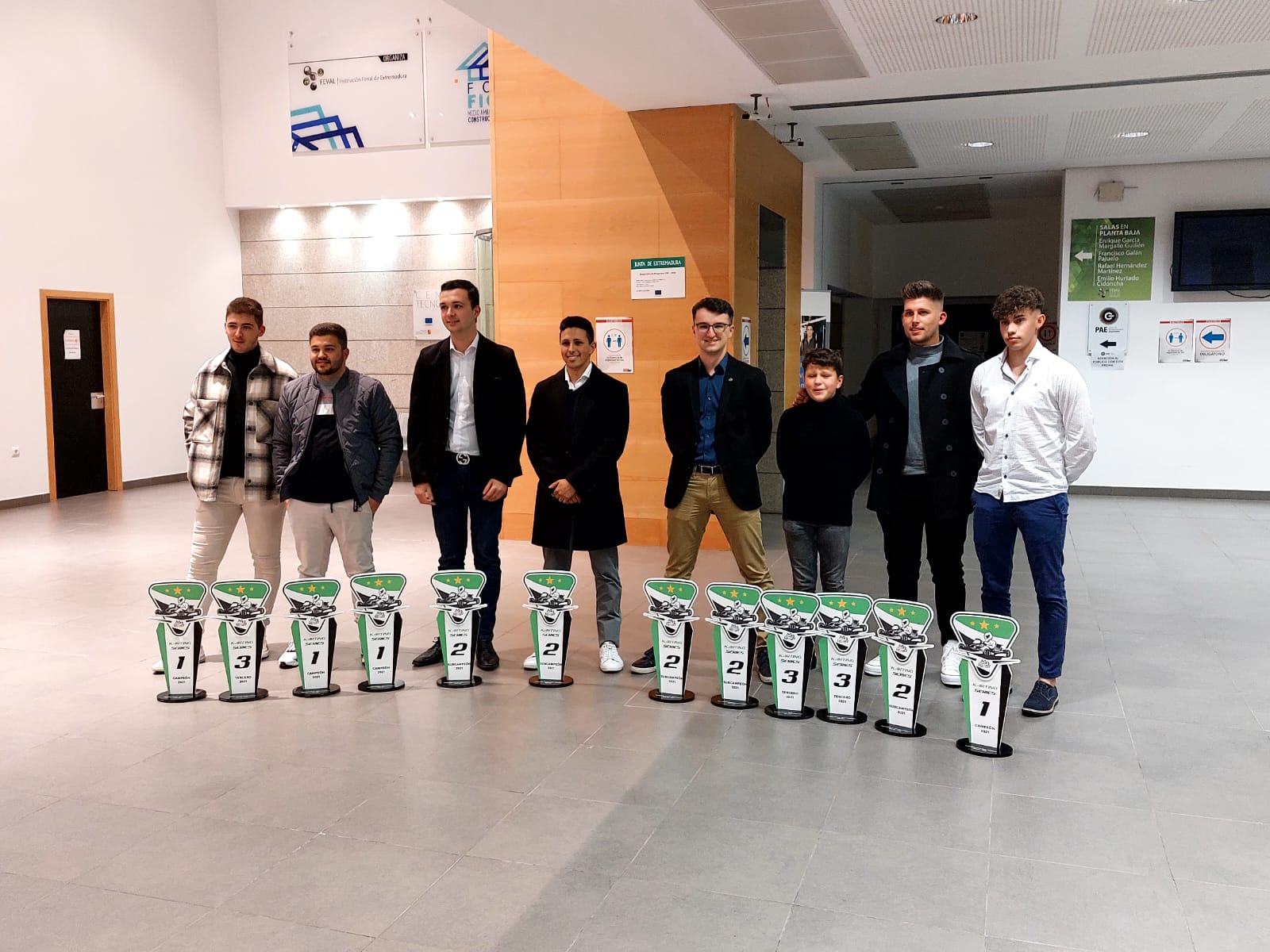 Nice! And congratulations on second place. This year champion!

I'll miss one of the standard championship races so we will see lol. Lots of competition on the standard one and endurance this year is only one race, which I think I can't attend as we'll be in Barcelona with the race team.

We'll see how it goes